What do you do when your country bans all forms of gambling? If you’re Japanese you come up with an insane, intense and interesting ‘game’ and use legal loopholes to bring gambling to the people.

You give them pachinko. 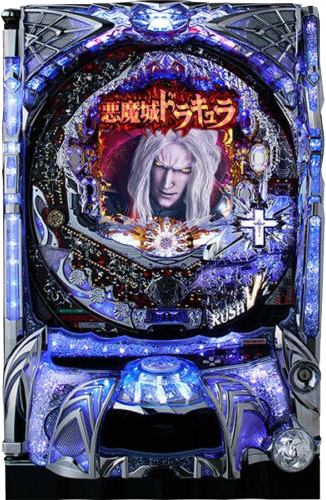 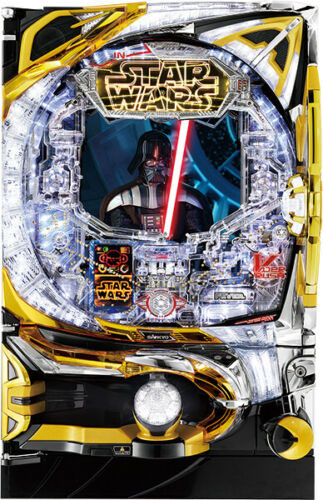 Pachinko is a weird hybrid of slots, pinball and video game that is the most popular gambling game in Japan – TWO HUNDRED BILLION DOLLARS A YEAR popular!

You read that right, this steel ball, bright lights, raucous noise entertainment diversion is worth 4% of Japan’s annual GDP. It’s no wonder the government ‘allows’ the gambling element to continue; that is some sweet, sweet tax revenue.

The game itself has a very simple basis: you shoot steel balls across a playing surface and try to land them in certain areas to trigger bonus games and win more balls.

Think of it as a technological advancement on pinball:

So, what makes it different to pinball? The number of balls you can shoot into the play area for one. The upright play area rather than a flat, tilted surface for another. And, especially in the modern format, the inclusion of incredible graphics, insane noise and amazing bonus games and slot machine reels to add to the thrills.

Pachinko is a game that has the entertainment of pinball, the reels of slots, the graphics and games of top line modern video games and the noise of a casino on auditory steroids.

What’s not to love?

How do you play pachinko?

At it’s heart it’s very simple. Add in modern innovations and you have quite a complex and utterly engaging game.

Gameplay in a nutshell:

How is pachinko gambling?

As mentioned, Japan has a strict ban on gambling. The law goes so far as to state that pachinko balls cannot be exchanged for cash or removed from the pachinko parlour and taken to another establishment.

Pachinko parlours have a very unique way of getting around this.

Pachinko players buy buckets of pachinko balls. They use these balls to play and win more balls. At the end of their pachinko session, they redeem their balls for prizes (like sweets, pens or even higher end products like bicycles or electronics at certain parlours). They can also choose to redeem their balls for ‘special prize’ tokens.

These tokens are taken to another business, usually separate from the pachinko parlour but in the same building or area, where they are ‘sold’ for cash. The tokens are then sold back to the parlour. 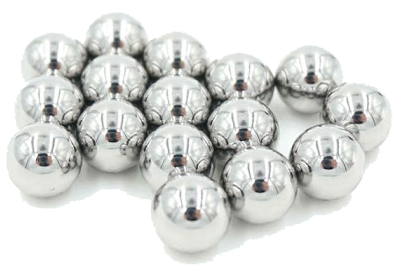 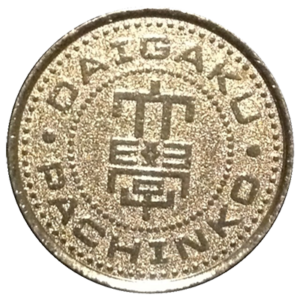 Where did pachinko start?

While pachinko is very much a symbol of Japanese culture, its beginnings go back to 1700s Europe and a game called bagatelle.

Bagatelle was a table-top game introduced in France to bring outdoor games like bowls and croquet indoors during bad weather days. It is the ancestor of many popular games like pinball, billiards and pool. Like pool, it was played with a stick (cue), balls and various pegs and holes.

A variant called billard japonais swapped the cue for a spring-loaded plunger that shot the ball up the inclined play area towards the targets – exactly like modern pinball. Ironically billard japonais means ‘Japanese billiards’ even though it was invented in Europe – maybe they saw the potential in the Land of the Rising Sun?

In America they were developing the Corinthian bagatelle game, a game that will be familiar to children everywhere. A small play area with cups and targets, a number of small metal balls, a trigger to send the ball shooting into the play area and gravity does the rest.

Pachinko as a game developed from these predecessors in 1920s Japan and, apart from a break during the Second world War, has been a staple of Japanese gaming culture ever since. 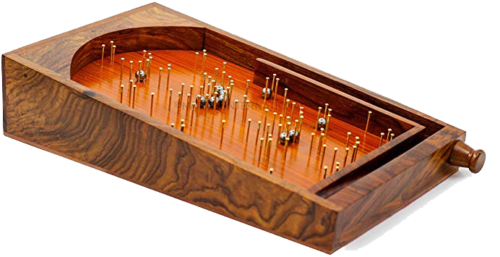 How exciting can shooting pachinko balls really be?

How exciting is pool? Or pinball? Or video games? Or slots?

Now imagine all of those combined and add the loudest, most raucous environment you’ve ever been in and you have pachinko. Seriously, if you think all the lights and sirens and bells in a casino slots area is noisy, you need to visit a pachinko parlour. Flashing lights, sirens, bells, game soundtracks, audio effects – check. Thousands of steel balls clattering through hundreds of pachinko machines, dropping into the ball slot, shooting into the play area, bouncing off obstacles, spinning into the hoppers, cascading out of the winning tray – check, check and add noise steroids. Absolute anarchy and incredibly awesome!

And fast and with the chance to win a really good amount of cash.

No one has ever accused the modern Japanese of settling for second best – especially when it comes to technology.

The modern pachinko game, while still offering the same basic principles as those first mechanical machines from the 1920s, is a wonder of technology.

Added to the cascading steel balls are all the bonuses games you could shake a PS5 controller at. Not only have they added a slots game element with reels that spin and symbols that align to give big wins they’ve also incorporated the latest graphics and videos to bring cutting-edge computer games and themes into pachinko. Everything from Popeye to Neon Genesis Evangelion, from Tomb Raider to Fist of the North Star, from Resident Evil to Tekken. And all with amazing gameplay.

It is truly a tech marvel that gives you the thrill of pachinko with the anticipation of slots and the action and excitement of playing a computer game.

It’s not slots. It’s not video poker. It’s not … anything you’ve ever seen, heard or experienced before.

And something you really need to experience in person to understand just how amazing it is.